China is well known for its often-hilarious signage translation mistakes, and Beijing is looking to correct these problems as the country becomes more and more popular with tourists from around the world. The Chinese capital has launched a correction campaign to clear up confusion surrounding a number of its signs in an attempt to make it more accessible to international visitors ahead of the 2022 Winter Olympics. 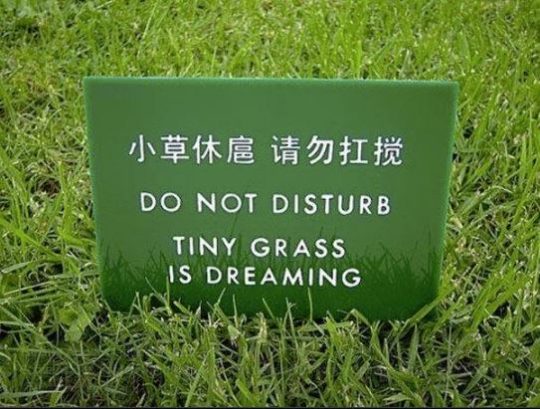 Beijing Foreign Affairs Office claimed to have vetted over two million Chinese characters on signs and notices using English versions since a national standard on translations in public came into force last year. Working with Chinese and foreign experts, the city has run translation checks in the Central Business District (CBD), international hotels and other areas frequented by foreigners, as well as public venues like schools and hospitals.

Why is this the case?

A number of sign mistakes are the result of verbatim translations, while some struggled with polysemantic Chinese words such as ‘Emergency Exit’ which read ‘export’; which translates as the same word as exit in Chinese. Signs belonging to private businesses often make the mistake of using the internet in an attempt to find a quick solution, something that doesn’t take a myriad of factors into account.

Walking through Beijing, people would commonly see a sign in a public bathroom warning them to ‘Slide carefully!’, when it meant to say ‘Caution: wet floor!’ In a similar vein, customers visiting a bank were asked to ‘wait outside a rice noodle’, when they were attempting to asking customers to wait behind a yellow line or one-meter line – both of which are spelt the same as ‘a serving of rice noodles’.

Translations in Beijing’s public spaces and restaurants were first brought into the limelight as the Chinese capital prepared to host the 2008 Olympic Games. Since then, increased public awareness has helped remove many inadequate and incorrect translations from official signs.

Whatever the sector, if you’re looking for a comprehensive and thorough translation project, get in touch with the team here at TransTrans today.