With a population of over one billion people and a leading global economy in manufacturing, China is one of the largest trading organisations in the World.

Dressing for a business meeting is always a formal affair. Clothes should be conservative and the colour scheme subtle for the occasion. Revealing attire and high heels are frowned upon and considered informal. Top level meetings are always conducted in suits yet in summer, people at junior levels may dress more casually in button down shirts and trousers. For those meeting delegates for the first time, formal wear is preferable since it conveys a sense of professionalism and respect.

Setting a time for conversation is a very complex matter. Ensure that dates do not clash with national holidays where most businesses are closed. Once this is scheduled, clarify that everything from language comprehension to copies of any proposal have been prepared. Translated documents convey investment and desire to trade whilst breaking down language barriers. If some businessmen require interpretation to better understand a product, consider this option to better enhance an opportunity. Punctuality is essential for making a good first impression as lateness is considered rude. If this is unavoidable, an apology is absolutely imperative.

Gifts are received with an extreme level of caution. Official business policy in China has on occasion seen presents as a potential means of bribery. The regulations have mellowed in recent times and it is sensible to present something when negotiations have been concluded. Company to company offerings are considered the best way to circumvent any awkwardness as individuals are not picked out. Wrapping paper and colour has influence too. Red is lucky whilst pink and yellow are indicative of happiness. Anything in a bunch of eight is also fortunate but the number four, like other Asian countries has very negative connotations. White, blue and black have inferences to death and should be avoided whilst Green has subtle bearings towards infidelity. An article entitled ‘Colour guide to China’ will explain in greater detail the significance. Local knowledge is important and buying a gift within the country is better than abroad since first hand advice can be given on object, colours and quantity. 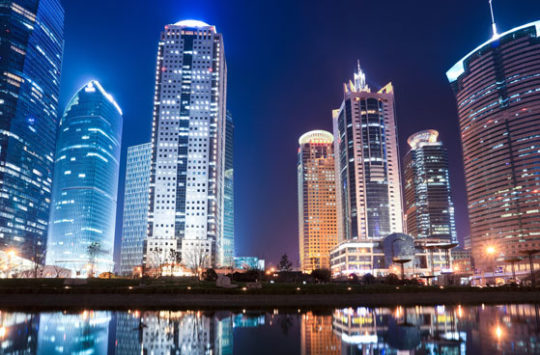 Walking into the boardroom is conducted in a hierarchical order so it is important to observe what sequence the hosts should be addressed. In addition, the guests and their delegation should enter the room in the same fashion as this defines clearly the structure of both businesses. Formalities are becoming less frequent for regular meetings,meetings; however, it is worth observing unless otherwise directed.
The host will organise in advance where everyone will sit by escorting initially their senior counterparts to their place. Normally the top positions are opposite each other or nearby if there is more than one senior guest. Others will move to any remaining seats. thereafter.
Body language is a subtle form of communication but widely observed in Chinese society. Being disciplined, calm and methodical are good traits, however difficulty controlling emotions are frowned upon. Posture is noted as a reflection of self-control and reverence to others. Hand gestures are not widely used and will cause a distraction. Pointing towards a person or object when talking is not considered polite and should inference be made to something, an open palm in the general direction is preferable to an index finger. There will be nodding and positive gestures which will not necessarily indicate agreement but moreover a general comprehension of the points made.

Seniority is greatly respected in China and the first aim of any introduction is to establish who is the most important. Once this has been clarified, their job title should be used rather than their name to address them. Handshakes are commonly given to initiate conversation and this should be done passively in the first instance unless the host decides otherwise.

Business cards should always be received with both hands and always given first to the highest manager in the room. Having a dual sided translation of a name and job title will make a considerable impression. It also helps the hosts to understand their guest’s ranking order and where to sit at the meeting table.

A brief, informal talk is encouraged at the start of any discussions as this develops the basis of a working relationship. Conversation on matters such as tourism, landmarks, scenery and climate are all welcomed, although it is best to stay clear of anything political or contentious.

The complex structure of the meeting should be followed without lengthy interjection or open remarks. When someone speaks, their comments are noted and it considered rude for others to weigh in unless otherwise directed.

A Chinese company will not involve any business conversation at dinner but focus on the development of a personal working relationship. Protocol continues for seating hierarchy whilst the host initiates everything as the head of the table. A vast array of food will be offered and it is considered polite to try everything. Leaving a little food at the end of the meal indicates a full stomach whilst clearing the plate entirely suggests not enough food was provided.

Conversation will be light hearted and social whilst there may be an opportunity to toast the evening. Alcohol is normally served through locally sourced wine but on certain occasions, a very strong distilled drink known as ‘baijiu’ may be offered. It is believed that collective drinking may reveal the true personalities of business partners and this is encouraged when building professional relationships. Toasting is considered a frequent occurrence during a banquet and there are many different regional methods in which this is organised. Asking the host about local customs will allow an informed idea of how this works and demonstrates desire to understand cultural values.

Once the meal has concluded, it will be expected for the host to settle the bill and leave quickly. It may seem a little cold but it brings the event to a swift close. There will be a moment to thank the guests and restaurant staff before departure. Tipping is considered rude as it suggests the person is poor and needs it.
When conducting business in China, patience and politeness for others is highly admired. Respect for authority and following ranking order is a sign of cultural awareness which is equally well received. A disciplined and proactive approach to understanding Chinese culture will reap many benefits.