It can be difficult to appreciate the fine line in cultural awareness and the need to follow a guide to Business Etiquette in South Korea.

When attending an introduction with a Korean business team, appearances must be professional and dark coloured attire is generally appropriate for the occasion. Similar to other Asian nations, formality must be observed and anything too casual such as tight fitting clothing or bright shirts should be avoided.
Organising a meeting can be very complex without an introduction from a third party. Good relationships are often formed between companies from recommendations made by trusted contacts. Assistance from national Embassies is very useful for networking.

Nurturing a working relationship is a long-term effort and Korean businesses will reciprocate if a foreign company demonstrates their desire to enhance their industry. Those not resident in the country should always make time when visiting to see their clients. Being attentive to their needs is greatly admired and with any developing relationship, commitment is expected.

Business cards are an integral part of the meeting. Ensure that receiving a card is done with complete respect by taking it with both hands. It is considered the face of the company and the person in which trade will be transacted. Writing on it is not acceptable unless otherwise suggested and folding it is totally inappropriate. Having a good supply of reciprocal cards to hand out to clients helps any counterparts establish prior to the meeting the identity of the most senior person in the party.

Being punctual is a sign of professionalism, however it is polite to call in advance should delays ensue. Hosts may even be late themselves. Bowing is not seen to be as prolific in South Korea as it might appear in Japan or China. It is advisable however to wait as the delegation approaches and prepare to copy their actions. A short bow followed by a soft handshake is often considered fitting whilst eye contact should be maintained in the first instance to show integrity and honesty. When performing the bow, it should be directed towards the most senior delegate in the room. It is for them alone to initiate any handshake should they wish.

Gifts are seen positively and encouraged when building business relationships. Presents must be like for like value to anything received in the first instance from the host whilst wrapping paper should not be removed in the presence of counterparts. Anything of high value offered to clients is problematic as it binds them into returning equally priced objects. Items that come in a set must not be in fours whilst red writing has equally similar connotations to death, bad luck or termination of relationships. Seven is considered a lucky number in Korea and if a present comprises of multiple items, this amount would be highly desirable.
Desk items and mementos are neutral objects which are kindly received. A bottle of liquor is also enjoyed, unless the recipient is female because it is considered inappropriate. These should all be carefully bound in brightly coloured paper such as yellow, pink or blue which is considered a lucky colour. An understanding of cultural colour and symbolism is essential to anyone doing business, to learn more read Colour Guide for South Korea.

Once regular meetings are in place, there is no further obligation unless the dates coincide with a particular national holiday or observance. 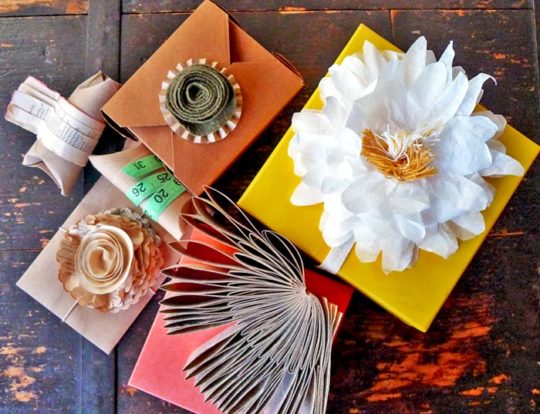 Entering any meeting room may seem an ordinary process but the senior host must be the first to do so. It is also customary that removal of jackets due to heat be first initiated by the lead delegate.

Unlike other Asian countries, South Korea does not polarise two business leaders at opposite ends of the table. Being in the middle and available for conversation from all others is considered the best place to be.

First time meetings with Korean Business delegates will not necessarily be corporate orientated but one of establishing trust. Whilst this may seem a little unconventional, it should nonetheless remain formal unless otherwise directed. Developing relationships is an integral aspect of commercial development and this cannot be understated. The discussions thereafter will also clarify the needs of both companies and establish how they can work together.

Professional relationships can be enhanced by having dual language documents which explain in Korean what your business intends to do. Having a high-quality translation of the original work sets an impressive level of attention to the client’s needs and demonstrates intent to work in the industry on a long-term basis.

Any negotiations made within the boardroom will require a lot of compromise from both parties. Newcomers in South Korea should not treat the initial stages of discussion as a quick means to finalise a deal. A firm and consistent approach to agreement is admired, although anything aggressive or bordering on hard sales is frowned upon. Eye contact is very much a display of honest intent yet some Koreans may not apply this rule out of traditional respect for seniority.

When conversations concludes, body language may intone some understanding of how the meeting went. A deep bow on departure may infer satisfaction with the progress made whereas a swift low nod of the head may suggest otherwise. It is prudent within a reasonable time frame to send the delegation a meeting review alongside an outlook for future meetings.

An event like this is normally well organised and it would be prudent for the guest to confirm their attendance or advise on any further appointments that evening.
On entering a restaurant, it is best to wait for the host to direct the seating plan. The key position for honoured guests is normally the middle, facing opposite their managerial counterpart and open to conversation from all parties. Some places may require the removal of footwear and to sit on the floor. Ensuring that feet and socks are presentable in such a scenario is highly important.

Following the lead is always well advised since protocol suggests the senior figure tastes their meal first. Often dinner may be eaten quietly which should not be misconstrued as uncomfortable silence. When questions are asked, it is best to be concise and to the point. Chopsticks are the only tool for food consumption and should not be rested on the table during the meal. The food end should be positioned alongside the plate unless the restaurant has little rests in which they can be held.

It is totally inappropriate to leave them over a rice bowl. Lifting of plates to the mouth to facilitate consumption is ill advised, however it is better to lean in closer if chopstick techniques are basic. Drinks are rarely self-served and should a neighbour’s glass be below half way, it is polite to offer them a refill should they want it. In return, this gesture will be reciprocated by others. If the most senior person requires more refreshment, an additional motion of supporting the elbow to acknowledge rank is expected when pouring.

Settling the bill, if invited is normally a matter for the person who issued the invitation but some small insistence to remunerate is a polite means of developing trust.

As Western influences run alongside traditional Korean customs, it can be difficult to appreciate the fine line in cultural awareness. Following the actions of others is highly beneficial and when in doubt, a reserved and openly polite manner is greatly appreciated.