Considering the vast array of knowledge we’ve amassed as a species over the past couple of centuries, it says something about Papua New Guinea that there are still large parts of this Pacific nation that remain undiscovered. Let that sink in: in a world of Google Maps, drones and Pokémon GO, we still don’t know what’s going on in sizeable parts of a country.

Perhaps an even more remarkable statistic about Papua New Guinea is that in this country of just over 8 million people, more than 850 different languages are spoken. With one in 10 of the world’s languages found here, make no mistake, this is the undisputed world champion of linguistic diversity. 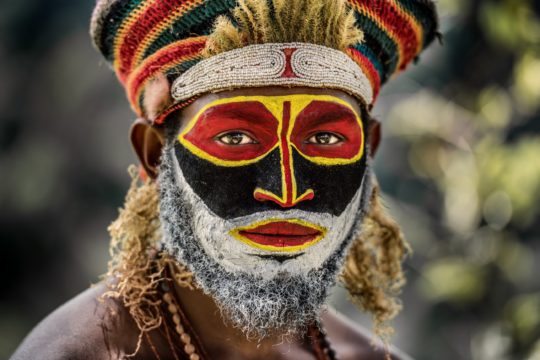 The number of people who speak an individual language can range from millions of people to a small family, spread across towns and terrains throughout this fascinating country. With an unsteady central government, deep valleys, deep jungle lands and around 600 separate islands, it’s no surprise that there is such diversity of language and culture in Papua New Guinea. Many of these different languages and dialects have been developed over tens of thousands of years, meaning a large number of tribes, families and groups simply have never encountered a different language before.

Generally, the country has three official languages: Tok Pisin, Hiri Motu and English. This doesn’t stop many struggling to translate a simple sentence into their mother tongue, however – most notably when using numbers greater than 10. There are also problems when attempting to describe life in one of the country’s cities using language most commonly spoken in small villages, due to the fact that are no direct translations for ‘skyscraper’ or ‘Big Mac’.

Perhaps the most commonly spoken language in Papua New Guinea is a form of pidgin English or Tok Pisin. As is the case in other areas of the world, such as the Caribbean, Tok Pisin is derived from English but with more than a sprinkle of a range of other dialects thrown in, including words from languages as distant as Taiwanese and Zulu. Tok Pisin only became the most spoken language in Papua New Guinea by beating off competition from semi-creole Austronesian language Hiri Motu, which was initially the chosen dialect used by the country’s police force.

So, until next time: “lukim yu bihan” – or goodbye, if you don’t happen to speak Tok Pisin.

Whatever the sector, if you’re looking for a comprehensive and thorough translation project, get in touch with the team here at TransTrans today.