Valentine’s day has become very westernised to many distant nations with cards, chocolates and flowers. The course of true love did never run smooth yet in a world of social media and long distance relationships, cultural awareness is a key factor in making the right impression to someone special.

The Middle East and Malaysia

Some Asian countries will not observe the event since the inferred christian background exempts them from participation. Saudi Arabia enforces a strict ban including the removal of red roses from florists whilst multiple arrests are made yearly for the love-struck. In Malaysia, the event is considered as a ‘vice activity’ by government and is equally prohibited through law enforcement.

Social customs in Pakistan have softened under heavy marketing during the mid-nineties that have taken the religious undertones away from the occasion. There was a similar trend in India where religious leaders voiced concerns about foreign influences, however careful marketing and growth of western entertainment has raised the popularity of this yearly event.

China acknowledges Valentine’s day to some small extent, however the Qixi festival held around August is the national equivalent that commemorates the union of a legendary but mortal cow herder and a fairy weaving maid. This event, part of the Chinese lunar calendar recalls how the goddess of heaven couldn’t reconcile why an ethereal lady would marry a human being. Her decision to split them and block their unity with a celestial river known as the Milky Way was upheld with only one chance for the lovers to reunite on the mystical ‘night of sevens’. This would fall on the seventh day of the seventh lunar calendar month.

If you happen to be in Japan on Valentine’s day and you are male, be prepared to receive chocolate. In an interesting twist, it is women that bestow gifts upon the men yet mutual exchanges of gifts and dinner dates are very uncommon. Without risk of any cocoa induced sexism, the favour is returned in mid-March through the presentation of white chocolate for an event known as ‘White Day’. If this wasn’t enough for your diary, the official date night for a couple is Christmas eve and therefore by presumption enough time to burn off all those calories.

Similar to Japan, South Korea follows the same pattern but the men return non chocolate sweets to their lovers. Every fourteenth day in each month is a ‘love day’ for the Koreans and these festivities are orientated towards everyone regardless of their relationship status. In Taiwan, their neighbour’s observances are followed equally with the Chinese Qixi festival and both Valentine’s and White Day playing a part.


Europe celebrates much like America yet in Finland and Estonia, the date is observed as ‘Friends Day’ rather than lovers. Slovenians will traditionally head to the fields as the hard frosts thaw and the flowers bloom. The birds are seen to pair off as the rich fertile fields become soft underfoot and seeds can be planted. Whilst love may be amongst the animal kingdom, the official date for romantic nationals falls on St Gregory’s day which is the 12th March.

It seems that every country 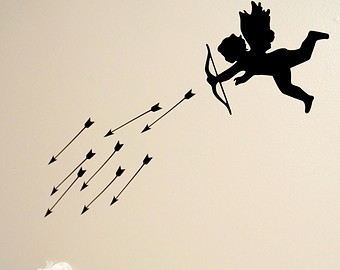 has their own specific ideals on how Valentine’s day is conducted. Having some local knowledge to foresee these observances, whether it is to bring a product into the market or seeking to impress someone is invaluable in creating a great impression. As Florists, chocolatiers and card makers seek to maximise revenue with well timed marketing strategies, understanding social customs would hit their target better than Cupid’s arrow.